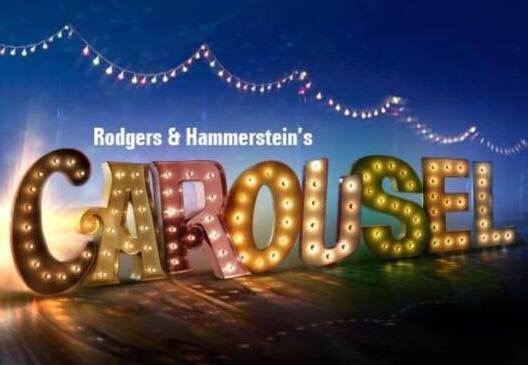 I’ve been waiting a long time to see a live production of Carousel. I’ve been a big fan of Rodgers and Hammerstein since grade school (yes, I was one of those), and I’ve always enjoyed the 1956 film version, warts and all. The score includes such standards as “If I Loved You,” “June is Bustin’ Out All Over,” and “You’ll Never Walk Alone,” the kind of songs most everyone has heard in popular culture even if they aren’t sure of their lineage. Color me happy that Carousel opens the Dayton Playhouse season, an easy drive of less than an hour from my home in Columbus. I’m glad that the show is being performed in central Ohio and that I am finally able to see it live, even if the production itself is a very mixed bag.


Carousel is about Billy Bigelow, a carnival barker, and Julie Jordan, a millworker. They meet one night at the carousel and what follows is a turbulent love affair. Billy makes one bad decision after another, but he is given a chance to redeem himself one last time. Parallel with Billy and Julie’s story is that of her friend Carrie and Carrie’s beau, Mr. Snow. Even though the play is fairly popular, I’m trying not to include any spoilers in my description.


The real standout of this production is Adrienne (Adee) McFarland as Julie Jordan. McFarland has the kind of voice that doesn’t grow on trees; strong and high, expanding nicely from her speaking voice, this is the kind of instrument that is the result of much training and instruction, or at least it sounds like it is. That’s not to mean she sounds too academic, not at all; she sings with feeling and fine skill, enhancing the music and not inviting comparison with anyone else, not even Shirley Jones in the film. Jeff Sams is also a good, gruff Billy Bigelow, improving as the play goes on (he chases some of his notes rather than sets them during his first few songs), tackling a difficult song like “Soliloquy” with success. Sams and McFarland also look good together, like they could be a couple, and that’s important in a romantic piece like this.

The rest of the cast is just fine, with one notable exception. I’m not going to name the actress who plays Louise as I’m hoping that I just happened to catch one of her “off” performances. She appeared to be hung over from a wild night out and striken with some kind of neurological problem rendering her dialogue unnatural and tentative, the key of her speaking voice rising in some of oddest, random ways. Louise only appears near the end of the play with comparatively few lines, and in this case it proves to be a blessing. She looks the part reasonably well, with tousled blonde hair and an overall rather unkempt appearance, but her acting is completely outside the tone of everyone else performing in the play. Was she trying to be “method” or something? I don’t know, but I don’t buy that this Louise could’ve graduated high school acting like that. Poor Julie Jordan Bigelow, to be left with a daughter that requires medication that is nowhere in sight…

I have to admit that I learned something with this production when it came time for Julie’s aunt Nellie Fowler (Patricia DiPasquale-Krul, in a warm and open performance) to sing “You’ll Never Walk Alone.” She sings “hold your chin up high” rather than “hold your head up high,” the lyric with which I was familiar from the film and countless cover recordings over the years. And then the song is sung after the curtain call and the audience is invited to join in “if we knew the song.” Once again the lyric included “chin” instead of “head.” I was certain that they were wrong until I listened to the same song on the original Broadway cast album from 1945, what I would consider a primary source if ever there was one. Lo and behold, the lyric includes “chin,” and upon further research I found that it apparently only changed to “head” when the film version was released in 1956. I guess the edition licensed out for performances has the original lyric in place of the more popular revised one, which I find rather odd. More information on this can be found here: http://www.rnh.com/news/828/We-ve-Got-Mail


As cozy and attractive as the Dayton Playhouse is, I must admit that the design of the show is quite off. The proscenium is decorated with large cutouts representing pixie sticks, cupcakes, lollipops, and wrapped candies, an odd choice as few of those desserts are ones that I would associate with a carnival, and only the first scene of the play even takes place at one anyway. The decorations would have made more sense if the play was Willy Wonka, and they certainly stood out as more inappropriate as the play went on. It was odd not to see any popcorn, cotton candy, or balloons during the opening scene as I would expect to see those at a carnival as well. The less said about the dreary and sedate opening, which features only one carousel horse that isn’t even ridden, the better. The large cast wandered around without much to do.

Most of the play takes place along a dock in Maine, and while the painted rocks and tall grass on the standing flats in the background are well executed, the set looks more like the bottom of the ocean more than its intended setting. While the white backdrop is used nicely at the end of “If I Loved You” when it is darkened and filled with lots of twinkling lights to represent stars, the rest of the time it is left bright white with the shadows of the orchestra and conductor often visible, reminding me of the scenes of Stokowski conducting in the film Fantasia. I saw the white screen as a missed opportunity to have some other scenic element on display (backdrop of the dock, blue sky full of clouds, etc.), and the right choice could’ve helped it look less like it was taking place under the sea. I also found it odd that the characters referred to it was being night when the lighting was as bright as day during the scene along the riverbank when Carrie and Julie are being chased away from the carousel by Mrs. Mullin. I know it takes place at night in the movie, but in this production it stays quite bright until near the end “If I Loved You.” The orchestra sounds uncommonly good except for only a few numbers, most notably the Carousel waltz which sounds like not all of the musicians were following the same tempo.


Still, it is Carousel we’re talking about, one of Rodgers and Hammerstein’s most revered works, and I was glad to finally see a production of the play without the changes made for the film (songs were cut, Billy’s demise was changed, etc.). The score was well sung for the most part, and only one actor proved to be a total embarrassment (I’m looking at you, Louise). Even if this production was rather bland, the story and score are solid, the sound for the most part was quite good (over-modulated in some chorus numbers, but they were quick to correct the levels) and it certainly could’ve been far worse. That doesn’t sound like much of a recommendation, does it? I’m still glad that I drove out to Dayton to see this Carousel, and I’ll definitely go back to see other shows now that I know where the Dayton Playhouse is located, but perhaps my expectations for a community theatre production of such a classic were unreasonably high.

Carousel continues through to September 27th at the Dayton Playhouse located in the Wegerzyn Gardens Metropark on 1301 East Siebenthaller Avenue (a little over an hour outside of Columbus), and more information can be found at http://wordpress.thedaytonplayhouse.com/seasons/2015-16-season-overview/carousel/ 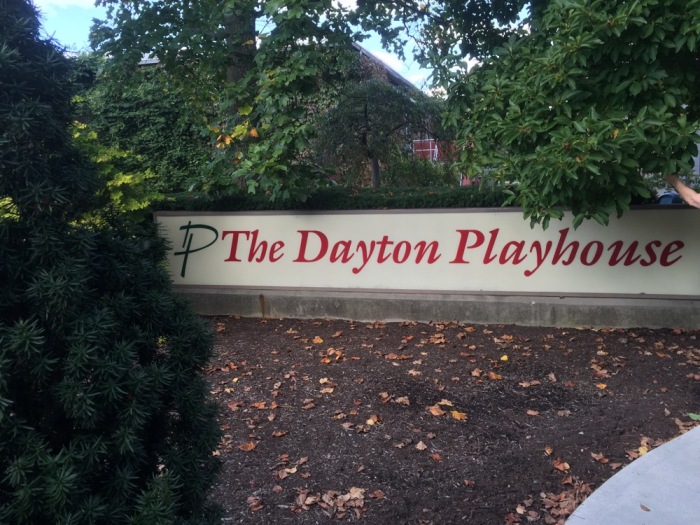