13: The Musical may have only ran for about three months on Broadway in the fall of 2008, but it made history as the first and only musical with an all-teenage cast and band. It’s a show that I didn’t get to see during its short Broadway run as it opened and closed between trips, but I was excited to learn that Star Performance Academy would be presenting it for two weekends so I could finally see it. I expected it to be at the very least passable because of the involvement of musician Jason Robert Brown, but I was pleasantly surprised to find it to be quite a vibrant and relevant show, perfectly suited for large cast of teens and pre-teens.


Drew Adams is Evan, a Jewish kid transplanted from Manhattan to Appleton, Indiana, after his parents’ divorce. He’s a fish out of water, but quickly befriends his neighbor, Patrice (winningly played by Kate Glaser). Evan looks forward to turning thirteen in the fall and having his bar mitzvah, expecting it to be the party that will help him gain popularity with his classmates. Once school starts he finds that his friendship with Patrice threatens his budding friendship with “cool kids” Brett (future heart-breaker David Rausch, who also throws a great stage punch), Kendra (Marin Tillman), and Lucy (Samantha Stepp). Evan has to learn to be true to himself and deal with the cliques and peer pressures of junior high school, something easier said than done when entering a battlefield where teams were divided long before he ever showed up.

The book by Dan Elish and Robert Horn is clever and smart. The teens speak the way I hear real teens speak, minus the cruder language. The kids are precocious and not politically-correct, that’s for sure, but I’m so glad that what they say hasn’t been sanitized to the point of being banal. One of the big plot points involves French kissing and getting to “bases,” but there is nothing here that would shock anyone over the age of ten, though it may make some of the adults nervous about an impending conversation. Jason Robert Brown’s songs propel the action forward and are simple but effective, and the kids appear to really enjoy singing them.

It takes a special director to corral all of these kids and keep them focused on the task at hand, and director Keely Kurtas-Chapman does just that. The play is performed in one act totaling around a hundred minutes and never drags for a moment. Choreographer Marrett Laney (I enjoyed seeing her as Martha Jefferson in Pickerington Community Theatre’s 1776 this summer) devises some inventive dances for the large cast, at one point bringing them out into the audience to great effect. There is a palpable sense of joy to be experienced here, and I only wish I had been as fortunate as these kids to have such an opportunity at their age.

Special attention needs to be given to Keegan Sells as Archie, a kid living with muscular dystrophy. Mr. Sells manages his crutches like a pro and delivers every line to maximum comedic effect; he’s a scene-stealer to watch out for. McKinley Witt as Charlotte doesn’t have a big role but has a solo near the end that allows her crystalline voice to shine. Sabrina Brush as Molly has a great presence and strong stage voice, another talent that stands out. Bella Eberhardt plays Eddie with a backwards ball cap and scowl that would make any boy proud. I also enjoyed recognizing Raydn Allbaugh (Richie) from seeing him in Pickerington Community Theatre’s Oliver! back in May, and I just saw Taryn Huffman (Cassie) in Shots in the Dark’s Big Fish a few weeks ago.

This is my first time attending the Star Performance Academy, and I’m glad my phone could lead me there as I don’t know my way around the east side of Columbus (towards Blacklick) very well. The maroon and green building is across the street from Niagara Bottling on Eastgate Plaza, and a makeshift sign directs people to park in Niagara’s lot due to the limited parking. The building itself has a comfortable lobby, large stage, and an auditorium that seems to double as a dancing area with ballet bars and mirrored walls and collapsible chairs put out for the show. If this performance of 13: The Musical is any indication, Star Performance Academy appears to be a grand training ground for future theatre talent as well as great center for kids within this sometimes awkward age group to learn to work together towards a common goal – putting on a show.

The only detriment to my experience (and I hate having to report it) was the wildly erratic sound at the performance I attended. I’m used to sometimes mics going out or not being live when they need to be for dialogue to be heard, but from the very beginning of this performance it was clear something had seriously gone wrong. Drew Adams (playing Evan, the main character) had a mic that was cutting in and out continuously, and they kept raising the volume, introducing loud white noise and static as his voice would continue to go in and out. Other performers experienced similar issues with screeching distortion particularly affecting David Rausch (Brett) and Keegan Sells (Archie) during their solo moments in the second half of the show. Only Samantha Stepp (Lucy) had a mic that caused no problems (which was nice as her singing voice was melodic and beautiful), and I’d be lying if I said the sound problems were minor. Was a sound check done before the performance? It was bad enough that it took a lot of effort to try to hear past it to enjoy the show; I doubt anyone would’ve minded had they stopped to try to correct whatever was causing the myriad of sound issues (it seemed mostly family and friends were in the audience). The cast worked through the sound issues, but even they seemed a little annoyed when they would hear the screeching and crackling that varied as they would move around the stage. It would’ve been better had they simply shut the mics off and used the standing mics for whatever sound they would pick up, but this wasn’t done.

Still, I’m glad I saw 13: The Musical, and I enjoyed the story, the songs, and the ebullient efforts of its large adolescent cast. I hope the sound issues I experienced were an anomaly that affected only the Saturday matinee that I attended. The cast deserves a strong technical crew to make sure they are being heard properly as they are doing a terrific job of telling the story.

13: The Musical continues through to August 15th at Star Performance Academy at 1701 Eastgate Plaza (the address is Columbus, but in reality it’s on the edge of Blacklick), and more information can be found at http://www.starperformanceacademy.org/shows.asp 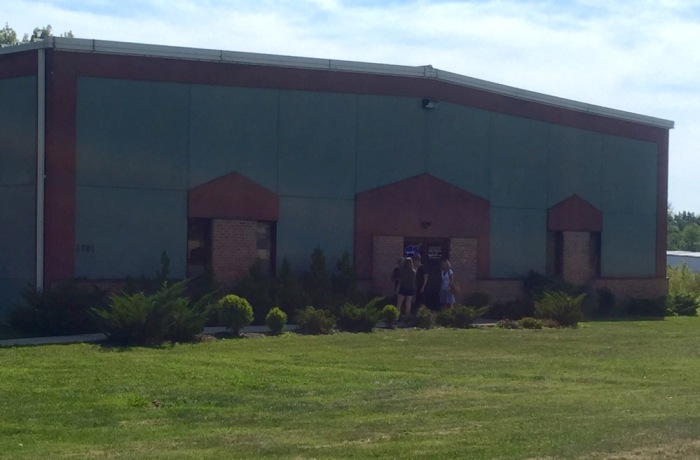